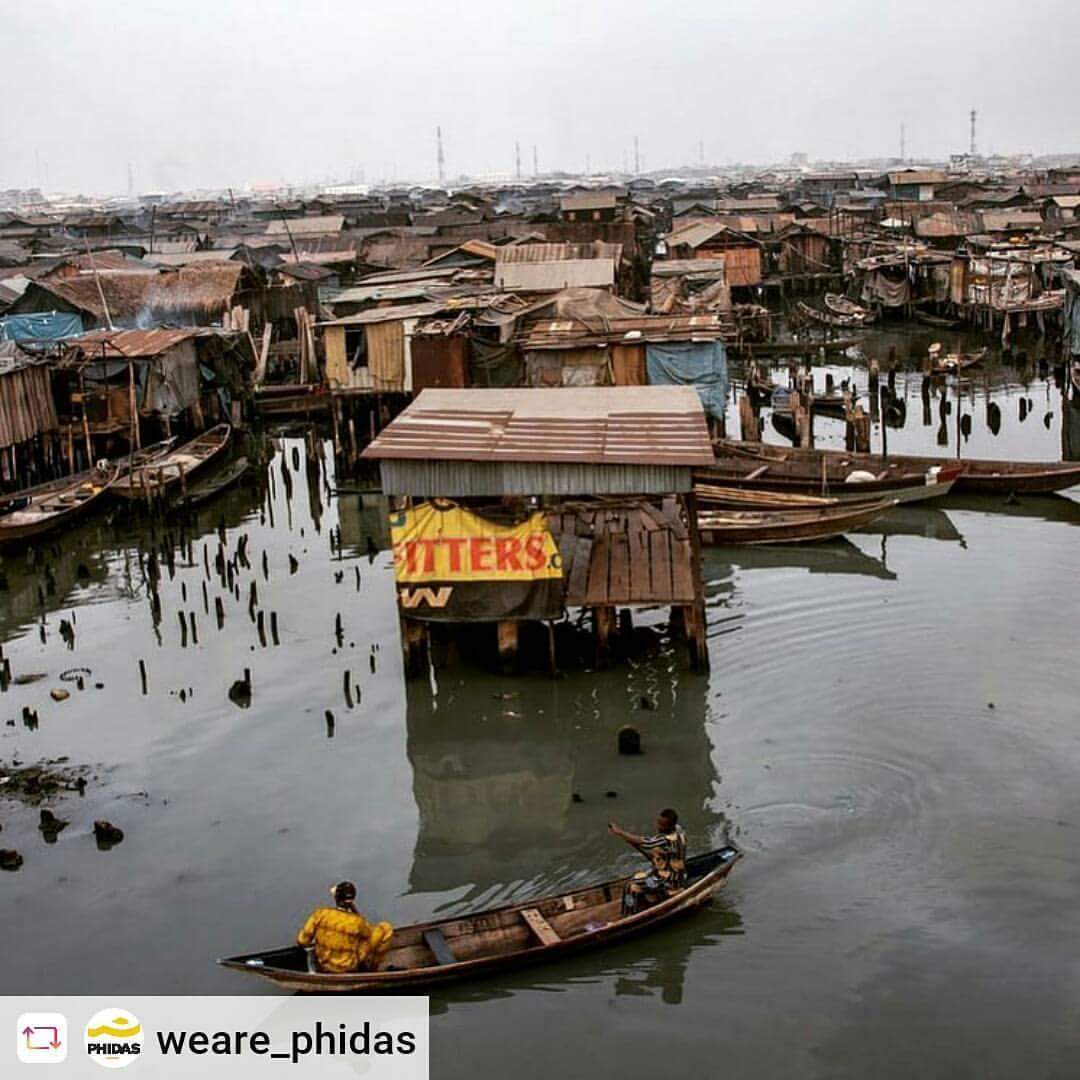 Makoko waterfront settlement in Lagos, Nigeria. A slum spread out beneath the most travelled bridge-Third Mainland Bridge- in West Africa& #39;s largest city. It was formerly a fishing village, one of the oldest slums in Nigeria and regarded as the world& #39;s biggest floating slums on a lagoon. The area has an estimated population of over 86, 000 people. The area is made up of six distinct villages spread across land and water: Oko Agbon, Adogbo, Migbewhe, Yanshiwhe, Sogunro and Apollo. The first four are the floating communities, known as “Makoko on water”while the rest are based on land. The settlement is said to be overcrowded with some families displaced and living in vessels. The settlement is vulnerable to climate change and fire with flooding and diseases being reported. In the recent years it has had incidences of fire and forced demolition and eviction. The settlement just like others in Africa has been a victim of authoritarian city planning done without consultation. The idea that the government can simply push people from their residences with no discussion, no recognition of decades of residency is unfortunate. The smokehouses for fish smoking, the home and boat building industry; are all valuable to the Makoko community, built by the families that live there. The residents had however found a beacon of hope from the demolition when the Makoko Floating School which attracted international attention and acclaim was constructed. The school, however, collapsed during heavy rainfall. The slums future is therefore threatened. c/o theguardian As urban planners, which is the best way to deal with settlements like Makoko? Do we let them develop in the organic way that we allow other communities to develop?