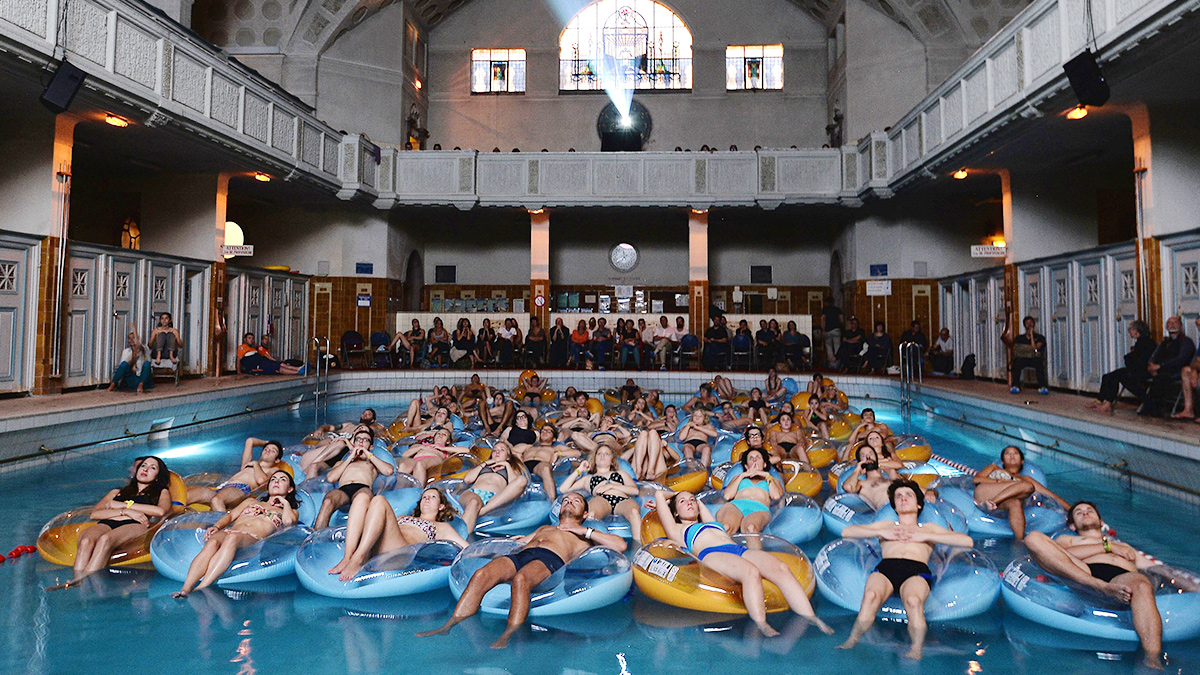 The picture reflects the essence.. Everyone is self-centered on the outcomes of collaborated activities.. Individualism is a natural concern.. Let’s reverse the abstract

Most corporate team building is a waste of time and money. I say this based on my 25+ years of research and practice in the field of team effectiveness. Seventeen of those years were with Mars Inc., a family-owned $35 billion global business with a commitment to collaboration.

Many companies, when they decide to invest in team building, decide to do offsite events like bowling nights or ropes courses. Sometimes these events get really elaborate. One sales and marketing executive I know told me how he was flown to London with 20 of his colleagues, put up in a pricey hotel, and then trained to do the haka, a traditional war dance, by a group of Maori tribe members from New Zealand. This exercise was supposed to build relationships and bolster team spirit, and, by extension, improve collaboration. Instead, it fostered embarrassment and cynicism. Months later, the failing division was sold off.

Mars was not immune to the conventional wisdom. Before making the commitment to study collaboration intensively, we also did things like this. Once, we spent thousands of dollars to hire an orchestra to spend an hour with a group of senior leaders at an offsite retreat and help them work together in harmony. It was a nice metaphor and an interesting experience. It did nothing, though, to change how that group of leaders worked together.

Events like these may get people to feel closer for a little while; shared emotions can bond people. Those bonds, though, do not hold up under the day-to-day pressures of an organization focused on delivering results.

In 2011 senior HR leaders at Mars decided that we would study our global workforce and try to crack the code of how to maximize team effectiveness. The resulting research, which I led, revealed that most of what we — and others — thought about team building was wrong. Most important, we learned that quality collaboration does not begin with relationships and trust; it starts with a focus on individual motivation.

Our research drew on data from 125 teams. It included questionnaires and interviews with hundreds of team members. We asked, among other things, how clear people were about the teams’ priorities, what their own and others’ objectives were, and what they felt most confident about and most worried about. If there was one dominant theme from the interviews, it is summarized in this remarkable sentiment: “I really like and value my teammates. And I know we should collaborate more. We just don’t.”

The questionnaires revealed that team members felt the most clarity about their individual objectives, and felt a strong sense of ownership for the work they were accountable for. To further investigate, we turned to another source and analyzed several years of data from Mars’s 360-degree leadership surveys. The two top strengths identified in those surveys were “action orientation” and “results focus.” The picture was getting clearer: Mars was full of people who loved to get busy on tasks and responsibilities that had their names next to them. It was work they could do exceedingly well, producing results without collaborating. On top of that, they were being affirmed for those results by their bosses and the performance rating system.

It occurred to us that their failure to collaborate was, ironically, a function of their excelling at the jobs they were hired to do and of management reinforcing that excellence. Collaboration, on the other hand, was an idealized but vague goal with no concrete terms or rules. What’s more, collaboration was perceived as messy. It diluted accountability and offered few tangible rewards.

The first: Why is their collaboration essential to achieving their business results?

And second: What work, which specific tasks, would require collaboration to deliver those results?

We had a chance to test our framework in early 2012 with the Mars Petcare China leadership team. Over two days we posed our questions and hashed out specifics. We spent the entire first day wrestling with the answers to our two questions. Initial reactions were bemusement and frustration: What did I mean by “essential to business results”? We restated the question as: Why is your working together, as a team, more valuable than just the sum of your individual efforts? That got the conversation going, and we spent three hours discussing and debating what we called their “team purpose.” They finally agreed that their purpose would center on people development and deployment of their new strategy throughout the business.

The second question, the one about which specific pieces of work required collaboration, was more contentious. One leader in particular felt that he needed to be left alone, that none of the work he was responsible for should include any of his peers. The debate became heated, but eventually his peers won him over. Eventually we were able to sort our list of projects into those that could be handled by individuals and those that really would be improved by collaboration.

Our second day focused on accountability. They agreed to build their collaborative commitments into their individual performance objectives. Then they cocreated a list of the behaviors they expected of each other in support of those commitments and agreed on how they would hold themselves accountable for them. (At one point we compared and discussed their Myers-Briggs types. That discussion about relationships lasted 15 minutes before they urged me to take them back to discussions about how they were going to work together. I thought that was remarkably telling.) We ended by creating a plan for how they would sustain the progress we had made during our two days together.

I spoke with the general manager of Mars Petcare China a few times over the next year. During our final conversation I learned that their growth had rocketed up 33% — a stunning achievement. Their primary dog food brand alone was up 60%. It was the first time in eight years that they had met their financial commitments to the larger corporation. How much did our work together contribute to those outcomes? “Massively,” the general manager told me. Their team purpose had focused their collaboration on the things that mattered most to the results they planned for. The sense of accountability for their work together, based on the agreements they forged, made their working relationships far more productive than they had been.

At Mars, we learned that to get people to work together, we had to let them figure out how that would actually improve results.

We officially deployed our fully developed and tested framework later in 2012, embedding it in a single management development program. Within two years, the Mars High Performance Collaboration Framework had gone viral throughout the company.

Strong relationships and trust do matter to collaboration, but they are not the starting point. They are the outcomes of dedicated people striving together. Connecting collaboration to the motives of success-minded team members is what unlocks productive teamwork.

Carlos Valdes-Dapena is the CEO of Corporate Collaboration Resources and the author of Lessons from Mars: How One Global Company Cracked the Code on High Performance Collaboration and Teamwork.