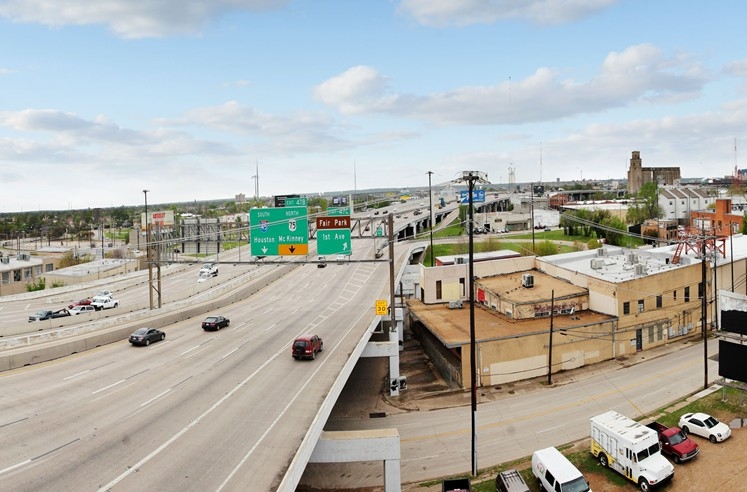 Not only the Engineers, but mainly the Unprofessional City Planners & Managers..!!

On Friday, Tim wrote about the latest shenanigans coming from the North Central Texas Council of Governments and its transportation director Michael Morris, and the absurd plan to funnel millions of federal transportation dollars to prop up an idiotic, and wildly conflicted, idea of building soccer fields under I-345. The incident offers yet another example of how a governmental organization with little actual public oversight is able to advance large-scale public projects without much of a public process. “This isn’t really all transportation related,” Morris admits, almost flaunting the way he can deploy millions in public funds at his own personal discretion. So much for democracy.

This shouldn’t be surprising—this kind of thing happens all the time. How does it happen? Across the country, civil engineers have built up a solid strategy of thwarting public will by relying on a few rhetorical and procedural tricks of the trade. Over on Strong Towns, Charles Marohn breaks down the playbook. As a jumping off point, Marohn’s article uses a letter that traffic engineers in Springfield, Massachusetts, sent in response to three city council members’ request for a new signaled crosswalk near the New England town’s library. In the letter, Marohn, an engineer himself, finds all four of the typical obfuscations that thwart the public process. If you follow city politics, each of these four general strategies will sound all too familiar. Here are some highlights.

“Time and again I’ve watched engineers talk down to public officials, minimizing their concerns, by pretending there is some long and dignified legacy of deliberation that goes into every action taken by an engineer.”

We remember how this played during the long Trinity Toll Road debate. The road was tied into the process for redesigning the park, the process for redesigning the Mixmaster, the process for dealing with flood control, the process for expanding Southern Dallas development. It created a situation in which the toll road itself couldn’t be challenged because the process had seemingly settled its necessity. Watch for this to come up in the I-345 soccer debate. The behind-the-scenes moves that have quietly advanced the soccer field idea will be repackaged and sold to council members down the road as part of a deliberative process that has already settled the validity of the idea. Soccer fields? Oh yeah, we already had x, y, and z meetings with x, y, and z individuals or experts, so why are you questioning the process now?

“An engineer working for their own priorities, instead of the priorities of the elected officials or the public at large, will quote industry standards as if they are inviolable laws instead of what they really are: guidelines for the typical scenario.”

We’ve seen this raised in all kinds of situations, whether it be the questioning of the one-way streets in downtown Dallas or presumption that roads should be designed for the highest volumes of traffic at peak usage times. Another subset of this strategy is the use of self-fulfilling projections around population or traffic. The NCTCOG likes to use population projections to justify the need for expanded roads, without acknowledging that those expanded roads help dictate where populations increases will flow. Those standards will be used as ammunition against the proposed boulevard-ing of I-345, using rules and guidelines around regulating traffic flow on highways as a bulwark against analyzing whether or not an efficiently designed street grid could handle urban traffic flow while highway loops could redirect through traffic around the urban core.

“I’ve written about how engineers assert their own values into design decisions, holding them up as truth when in fact they are a subjective ordering that should be made by elected officials. The decision to prioritize traffic flow over safety, for example. Another is the decision to establish a design speed incompatible with the neighborhood. These decisions are made without presenting them as options to elected officials, even though they are an assertion of values, not truth. This letter is full of the engineer’s values being asserted as truth.”

We see this all the time. Every aspect of Dallas street grid reflects, to some extent, the way in which engineering values are elevated above human values. We saw the roots of this thinking in an old film reel I posted a month ago that showed how Dallas planners use the threat of congestion as a justification for redesigning Dallas’ streetscape to serve the car. The effort to accommodate the car to the city created a rift within engineering and planning communities in which cities were no longer seen as places for people but rather as machines required to accommodate vehicles.

“The fourth way engineers thwart the will of elected officials and the public is to assert that they are powerless, that ultimate authority resides elsewhere. Layered on this assertion of powerlessness is the implied threat that the real governing authority is not very nice, that they are likely to react poorly if provoked by such silly requests.

“This is the kind of thing I did when I was a kid and used to babysit. You know, I would let you stay up late, but your mom said I needed to get you to bed on time and we don’t want her mad at us, do we. It’s juvenile, but as part of the broader conversation, it provides the final knockout blow. There is a false sense of empathy projected while simultaneously deflecting any responsibility from the engineer.”

Michael Morris is a master of this strategy. He employs it again with the I-345 soccer fields:

“I, at the time, did not know where the city and TxDOT ended up with land under 345, but could use some of that land for soccer or something else so the community is engaged with the upcoming World Cup to help get World Cup to come to the Dallas-Fort Worth region.”

Translation: it’s not me who is directing millions of federal transportation dollars to an idiotic idea to build soccer fields under a freeway. It’s the city, TxDOT, the World Cup (an idea so beyond absurd Morris should be fired by the RTC on the spot for suggesting it), or some other outside body that is talking about this stuff so I guess I better steer a load of funding to push the soccer idea toward reality.

Marohn concludes his piece with an important reminder. Sure, engineers are really good at thwarting the public process. But it takes two to tango. It is up to public officials to question the engineers in their employ. That can be difficult with regards to an entity like the NCTCOG, whose massive regional transportation board dilutes the power to offer adequate oversight. But public officials should never forget that they are in charge: