Regretfully, in a country of GDP per capita is $735, it can’t compare with another of $44,516.. In addition; the cost per square foot at Eagle Hills is $250, while the Chinese propose $400.. This is a disastrous recipe for urban development..!! Adil

Under charismatic prime minister Abiy Ahmed, Ethiopia’s capital is undergoing its most radical facelift in a generation

by Tom Gardner in Addis Ababa

“Here there used to be a lot of shops, you know, women selling bread and tea,” says Woinshet Fanta, shuffling past the rusted railway track in a long floral skirt. On the other side of the road is a field littered with assorted machinery.

“There used to be an oil depot there, but now it’s closed,” she says. “They say it’s going to become a museum and a park.” The mother of four circles back towards the empty plot behind the station: “And this one is Dubai now.”

For decades La Gare, Addis Ababa’s 101-year-old central railway station, had slumbered, gathering cobwebs in the shadow of the many high-rises that have sprung up in the Ethiopian capital in recent years. But lately it has been transformed.

Today, above the Romanesque arches, the name of an Abu Dhabi-based property firm, Eagle Hills, glitters in gold. Company flags flutter along the road leading to the police-patrolled entrance. The iconic station hotel, Buffet de la Gare, which was bulldozed last month, is a heap of rubble next door. Woinshet’s home is also being demolished.

Under Ethiopia’s charismatic prime minister, Abiy Ahmed, who was recently awarded the Nobel peace prize after forging a peace deal with Eritrea shortly after his appointment in April last year, and his lieutenant in the capital, former deputy mayor Takele Uma, Addis Ababa is undergoing its most radical facelift in a generation, with the old station as the centrepiece.

The station will anchor a vast development project, also called La Gare, in the heart of the city comprising malls, offices, five-star hotels, more than 4,000 luxury apartments and a surrounding park, as well as, in theory, low-cost housing for the district’s current residents.

Sign up for the Cityscape: the best of Guardian Cities every week

Covering 36 hectares (89 acres), and with a price tag of $1.8bn (£1.4bn), Eagle Hills’ project was the largest and most expensive of its kind in the country’s history when it was announced last year. It is now already about to be surpassed: according to Takele, a Chinese company is investing $3bn in a 37-hectare, upmarket complex in Addis Ababa’s Gotera district. And more projects are coming, he claims, citing potential interest from European, American and Turkish investors.

Earlier this year, Abiy hinted at recasting the capital’s skyline – currently a hodgepodge of drab Soviet-style tower blocks and cheap Chinese new-builds – as something closer to the gleaming megalopolises of the Gulf.

“If you can change Addis, definitely you can change Ethiopia,” he told the Financial Times, adding that on his very first day as prime minister he had ordered a shiny, modernist makeover of his own office.

For years Addis Ababa has resembled a building site – creaking under concrete skeletons and belching Isuzu lorries – but now, according to the mayor, the watchwords are “greenery” and “renovation”.

“After we took office we said, look, instead of building new buildings, instead of starting new construction, let’s start by renovating and maintaining the existing city infrastructure,” says Takele, who says 448 public schools and 13 public hospitals are being refurbished.

But there is much more to this wave of construction than that. Last week the palace of Emperor Menelik II, who founded the city in the late 19th century, was opened to the public as a museum, park and, soon, zoo – a pet project that the prime minister outlined in a 40-minute documentary broadcast on state television last month. Around the corner will be a new $58m national library, which Takele says will have a 3,500-seat capacity.

And in February, the prime minister’s office unveiled futuristic plans to turn 31 hectares of filthy, litter-strewn river banks into public parks, bicycle paths and waterside terraces complete with outdoor cafes and restaurants. Though a more modest rehabilitation scheme had been in the pipeline for several years, this turbocharged version, known as Beautifying Sheger after the city’s nickname, was billed as Abiy’s personal initiative. It is projected to cost $1bn over three years, and work on the first 12km by a Chinese firm has already begun.

How dare someone block this historic vista and view? This is the only landmark urban space the city has

Across the road from city hall – which is also undergoing a $54m renovation – ground has been broken for the Adwa centre: a $156m public entertainment complex designed to celebrate Ethiopia’s 1896 defeat of the Italians. Adwa, which will include a museum, library, meeting hall and cinema, is being built on some of the 600 hectares of disused land authorities have reclaimed from investors since 2018.

One enormous plot of this kind, situated near the Sheraton hotel – and which, like the Adwa land, belonged to Saudi-Ethiopian businessman Mohammed Hussein al-Amoudi – is being turned into a public park. Another park, with mountain trails and horse-riding, is planned for nearby Mount Entoto, and will cost $51m.

The figures are eye-watering, and have provoked criticism in some quarters. “The scale of the projects is a bit scary when you consider the scale of the urban problems we have,” says the architect Bisrat Kifle.

“Of course it’s important to clean our rivers – but the problem is priorities,” agrees Ezana Haddis, an urban planner at the University of Manchester. “We need to do it incrementally, and not on this scale.”

In the case of Beautifying Sheger, China pledged to foot a quarter of the bill. Some of the rest will be paid for by Abiy’s “Dine for Sheger” campaign, a lavish fundraising dinner held in May at Menelik Palace for which guests paid $175,000 each to attend.

As for other projects, Takele says the costs will be covered by the city budget, and points out that his administration is also working on a Rapid Bus Transit system as well as ambitious plans to overhaul the capital’s water supply by building two dams outside the city, to be funded by the World Bank and China’s Exim Bank. The private sector will be harnessed to build a new overpass system, helping ease traffic, and also to deliver low-cost housing on 1,000 hectares of land in the inner city, he says.

He also claims that, unlike under his predecessors, nobody will be left homeless or even relocated to social housing on the edge of the city. “Now the plan is to build housing in the centre of the city, so they have access to everything.” He says the first phase of development at La Gare will be new homes for those, like Woinshet, whose old neighbourhood is being demolished.

The government has also taken a minority share in both La Gare and the Gotera project, which Takele says means revenue for the administration long into the future. “It’s a new model of development,” he says.

Abiy, for his part, has argued that Beautifying Sheger is “not development, it is an investment”, and said it will lead to an increase in the value of urban land from which the state, as ultimate owner of all land in Ethiopia, will benefit.

Not everyone is convinced. Ezana argues that “these kind of projects are high-end projects” that will aggravate social segregation, despite the government’s promises to rehouse everyone on site.

“Very few people in Addis could afford to live in these flats. So developers or someone else will buy them out,” he says. “They’ll be displaced by market forces.”

Meanwhile, Slieshi Degefa of the River Basins & Green Areas Agency has said that up to 10,000 residents could be relocated as part of efforts to clean the rivers and surrounding areas. Several residents complained that they had been told their homes would be demolished and they were uncertain about their future.

“We are not happy at all,” says Mekbib, whose neighbourhood of 450 houses near the palace is to be cleared for a park. “They didn’t consult us. Two months ago they just arrived with a form to be filled in within two days. It was a total shock.”

And then there are those who feel that, even if the government’s intentions are positive, the lack of consultation with professionals is worrying. Biruk Terrefe, aPhD candidate at Oxford University’s Department of International Development, argues that “the roll-out of big infrastructure that essentially still ignores existing plans … and blindsides city administration officials sets a dangerous precedent”. In this sense, he says, the administration is acting much like past Ethiopian regimes – despite the new rhetoric.

La Gare, for instance, came out of nowhere, catching almost all architects, policymakers and city planners by surprise. The deal seems to have been struck at the highest diplomatic level, between Abiy and the Emirati rulers, as part of a package of investment geared towards easing Ethiopia’s hard currency shortage. Even the city’s planning office was kept in the dark. 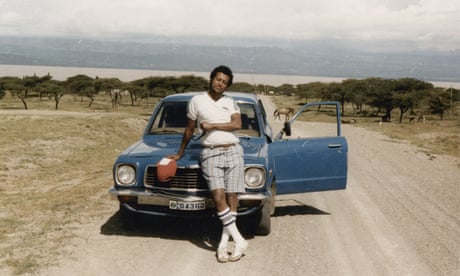 The architect Nahom Teklu Bekele describes it as a “blank slate intervention” that ignores the city’s existing urban fabric. The old station sits at the southern end of Addis Ababa’s only historic avenue, with a view all the way to city hall on a hilltop in the distance. La Gare will obstruct this entirely.

“How dare someone block this historic vista and view?” Nahom asks. “This is the only landmark urban space the city has.”

Takele’s confidence, however, is undimmed. For him and the prime minister, it seems, gentrifying Addis Ababa is an endeavour that, like previous state megaprojects, Ethiopians should rally behind as a symbol of national pride.

“The name Addis Ababa means ‘new flower’, and we need to make it live up to the name,” he says. “I’m sure one day this will be one of the best cities in Africa, and in the world – but we need to start now.”