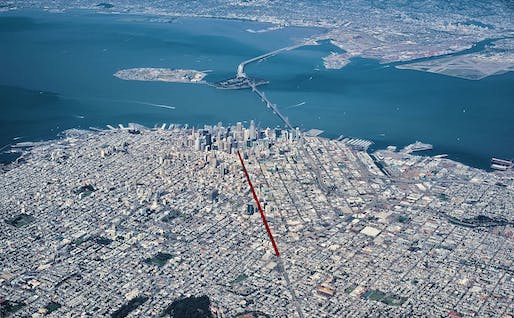 Following in the footsteps of New York City, Indianapolis, Portland, and others, San Francisco’s Market Street will soon be redesigned for use by buses, pedestrians, and cyclists.

The San Francisco Municipal Transportation Agency board of directors has unanimously approved the so-called Better Market Street Project, a plan that will expand existing bus-only lanes, add new fully protected bicycle lanes, and create pedestrian safety improvements to the thoroughfare. The measure would also largely ban use of the street by private automobiles along the street, including ride-hailing services, Curbed reports.

The $604 million initiative would transform Market Street between the Embarcadero, at the foot of the city’s downtown, and Octavia Boulevard on the western edge of the city center, where the Mission, SOMA, and Civic Center areas meet.

The move comes as New York City’s bus lane experiment receives rave reviews from local residents (a recent study showed that the changes have not led to an increase in automobile traffic in surrounding areas) and as Portland begins to plan for similar changes.

The plan includes a handy app that can help city dwellers envision their current and future commutes along the street.