Rising seas could affect three times more people by 2050 than previously thought, according to new research, threatening to all but erase some of the world’s great coastal cities.

The authors of a paper published Tuesday developed a more accurate way of calculating land elevation based on satellite readings, a standard way of estimating the effects of sea level rise over large areas, and found that the previous numbers were far too optimistic. The new research shows that some 150 million people are now living on land that will be below the high-tide line by midcentury. 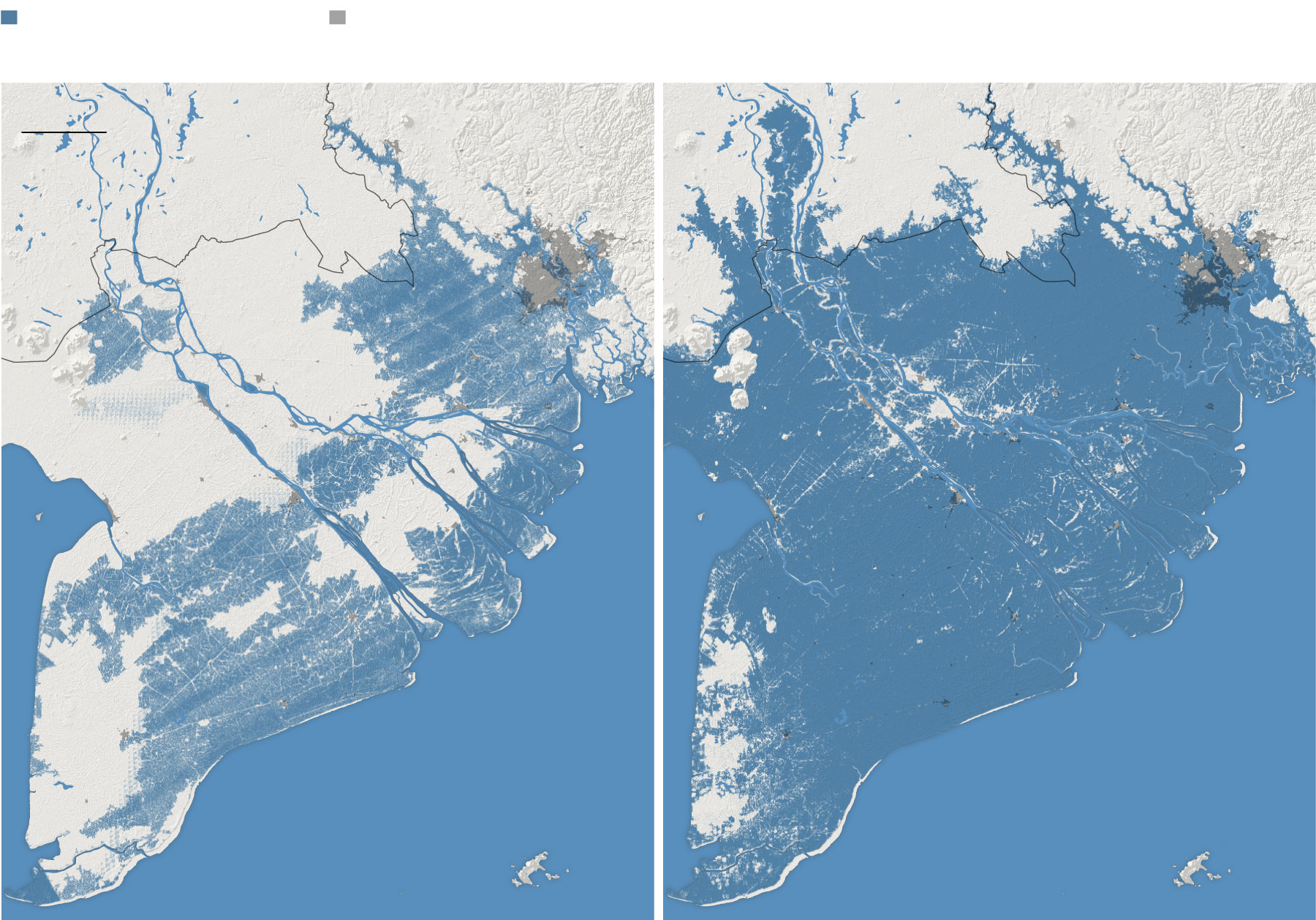 Southern Vietnam could all but disappear.

The first map shows earlier expectations of submerged land by 2050. But the new outlook, the second map, indicates that the bottom part of the country will be underwater at high tide.

More than 20 million people in Vietnam, almost one-quarter of the population, live on land that will be inundated.

Much of Ho Chi Minh City, the nation’s economic center, would disappear with it, according to the research, which was produced by Climate Central, a science organization based in New Jersey, and published in the journal Nature Communications. The projections don’t account for future population growth or land lost to coastal erosion. 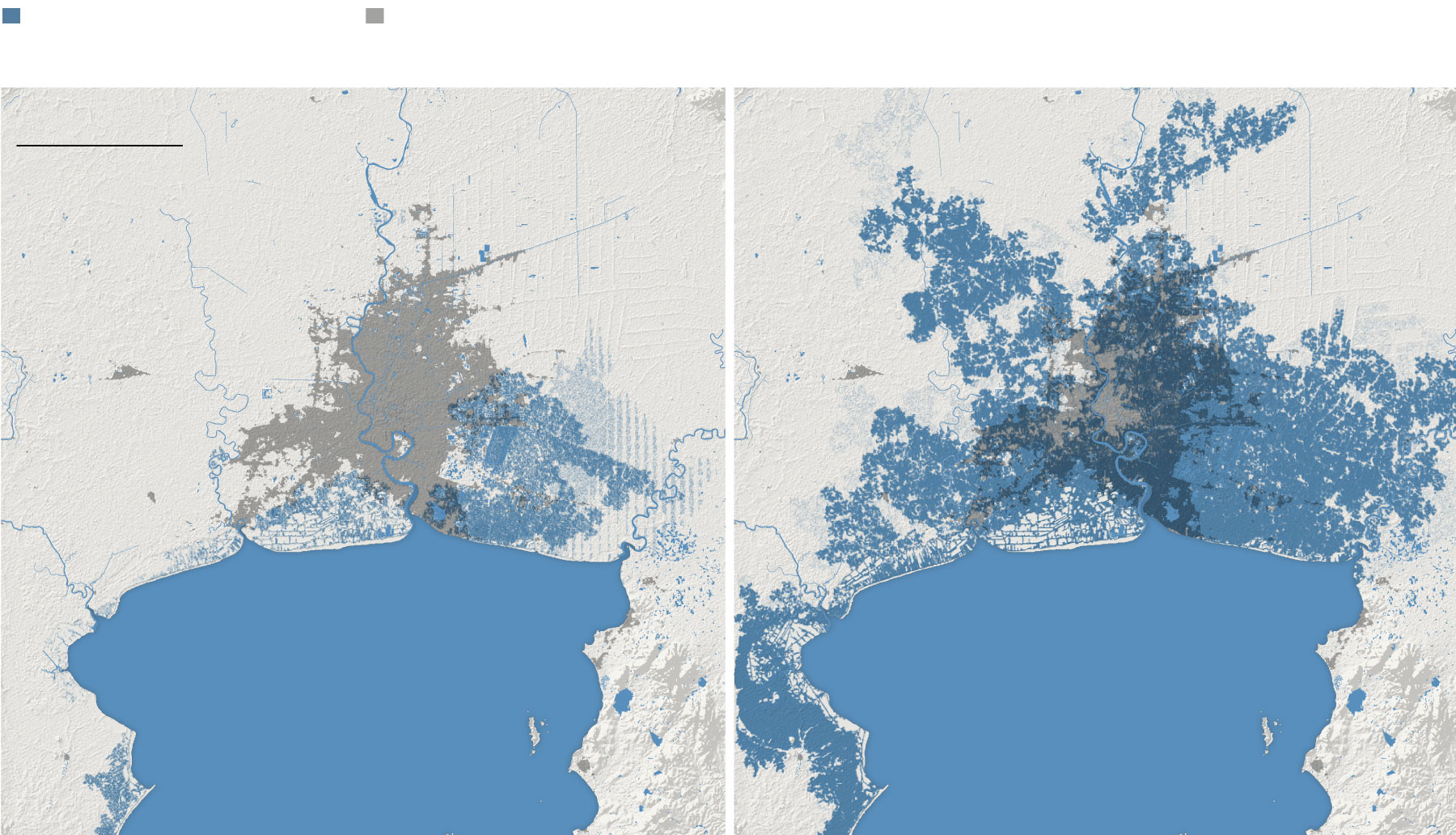 Standard elevation measurements using satellites struggle to differentiate the true ground level from the tops of trees or buildings, said Scott A. Kulp, a researcher at Climate Central and one of the paper’s authors. So he and Benjamin Strauss, Climate Central’s chief executive, used artificial intelligence to determine the error rate and correct for it.

In Thailand, more than 10 percent of citizens now live on land that is likely to be inundated by 2050, compared with just 1 percent according to the earlier technique. The political and commercial capital, Bangkok, is particularly imperiled. 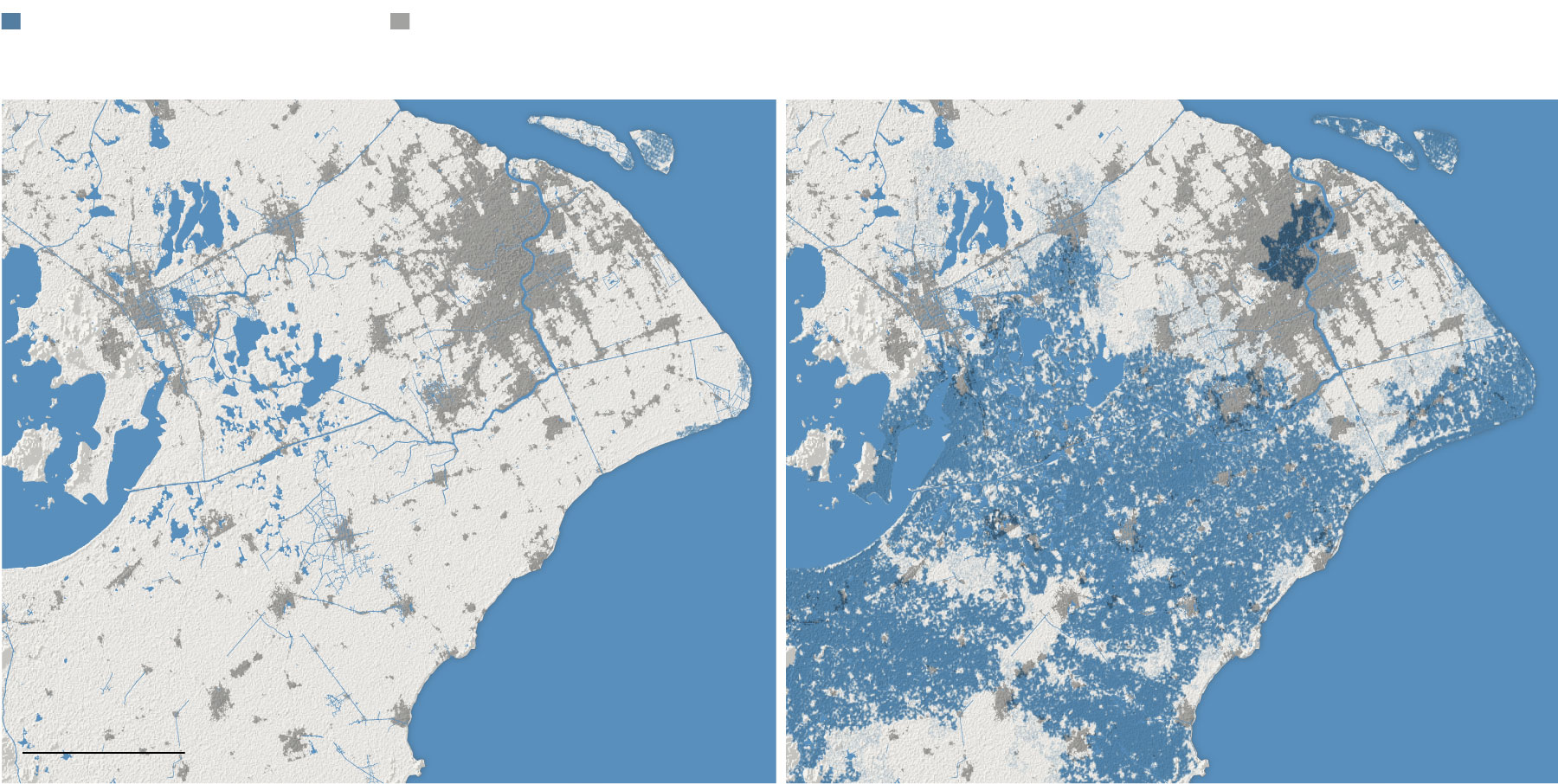 In Shanghai, one of Asia’s most important economic engines, water threatens to consume the heart of the city and many other cities around it.

The findings don’t have to spell the end of those areas. The new data shows that 110 million people already live in places that are below the high tide line, which Mr. Strauss attributes to protective measures like seawalls and other barriers. Cities must invest vastly greater sums in such defenses, Mr. Strauss said, and they must do it quickly.

But even if that investment happens, defensive measures can go only so far. Mr. Strauss offered the example of New Orleans, a city below sea level that was devastated in 2005 when its extensive levees and other protections failed during Hurricane Katrina. “How deep a bowl do we want to live in”? he asked. 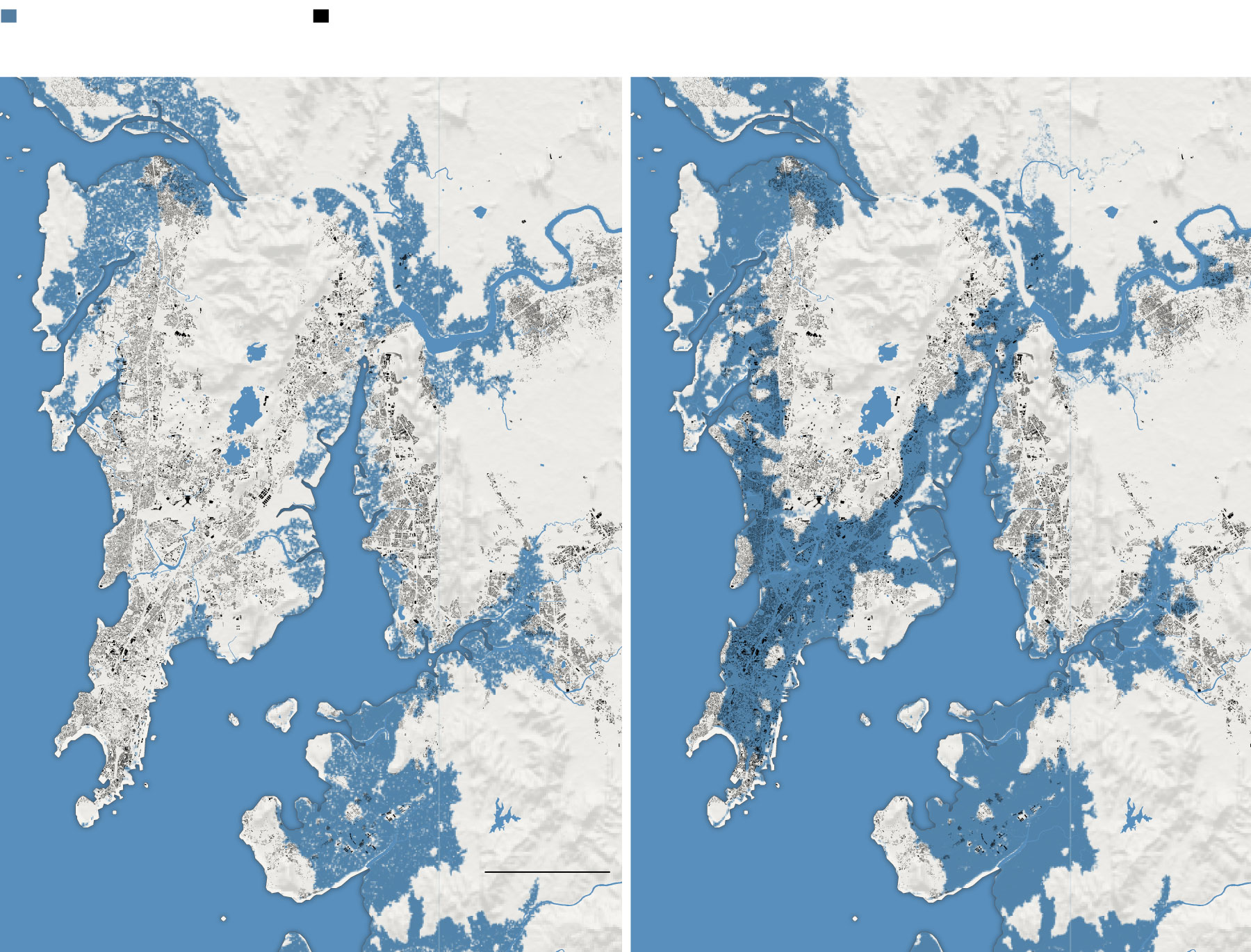 The new projections suggest that much of Mumbai, India’s financial capital and one of the largest cities in the world, is at risk of being wiped out. Built on what was once a series of islands, the city’s historic downtown core is particularly vulnerable.

Over all, the research shows that countries should start preparing now for more citizens to relocate internally, according to Dina Ionesco of the International Organization for Migration, an intergovernmental group that coordinates action on migrants and development.

“We’ve been trying to ring the alarm bells,” Ms. Ionesco said. “We know that it’s coming.” There is little modern precedent for this scale of population movement, she added.

The disappearance of cultural heritage could bring its own kind of devastation. Alexandria, Egypt, founded by Alexander the Great around 330 B.C., could be lost to rising waters.

In other places, the migration caused by rising seas could trigger or exacerbate regional conflicts.

Basra, the second-largest city in Iraq, could be mostly underwater by 2050. If that happens, the effects could be felt well beyond Iraq’s borders, according to John Castellaw, a retired Marine Corps lieutenant general who was chief of staff for United States Central Command during the Iraq War.

Further loss of land to rising waters there “threatens to drive further social and political instability in the region, which could reignite armed conflict and increase the likelihood of terrorism,” said General Castellaw, who is now on the advisory board of the Center for Climate and Security, a research and advocacy group in Washington.

“So this is far more than an environmental problem,” he said. “It’s a humanitarian, security and possibly military problem too.”

Meanwhile, the 1st awarded concept for Alexandria 2030 had no environmental analysis or preparedness.. The Jury were Professors, Lead Architects and City Managers
This is how the 3rd world fails and is perceived as an unprofessional