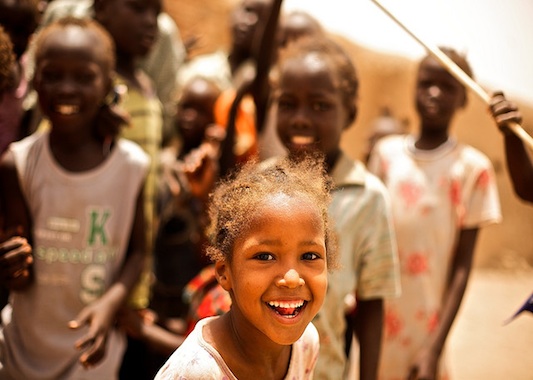 This is not a political talk, but an integrated development autopsy

Poverty is not resources, but a conclusion of ill-management and poor governance.. Therefore, we – at the Sudan, have to stop counting the weight of our resources, instead; advocate the brilliance (if any) in transforming, delivering and trading these resources..

The ultimate risk of Poverty; is the production of devastating, confused and angry generations.. Who would lose their innocence smiles by hardship of life, then turn into a negative weight in any society.. Therefore, traditionally, Poverty is a combination of economic and social ingredients; which continue to evolve by the time..

Sudanese culture had been a bred from Arab and African genes; with great influence of nomad and gatherer mindsets.. Typically; Sudanese are not adoptable, but survival.. Therefore, the spontaneous life style dominates and rules, despite the academic cliches or titles..  Such a composition with inherited pride, arrogance and isolation; develops the probable lethal and self destructive final product..

More than 70% of the Sudanese settlements are not connected to national or international routes, except the border ones.. 70% of the settlements are more than 100 miles from the Nile Valley.. Slams are the dominating characteristics of urban landscape.. Despite the influx of degree-holders in key economic sectors, the running structures are advanced copes of the 2nd revolution.. In addition, both topographic and tribal territories had created unspoken algorithm in setting identity, administration and matrimony as well.. Therefore, the rich folklore had barred people within their own ghettos rather than nationally unite them..

Certainly, any nation has its own incidents of excellence and achievements, yet the lasting one; which would draw its evolution and development has to have seeds of good governance, efficient administration and sustainable leadership powerhouse.. Otherwise, chronicles shall only be fractions of time, releasing both intellect and emotional steams, and enables evolving corruption into iceberg..