The richness of any discussion; comes for either participants from various knowledge areas or well versed professionals..
In these discussion all had addressed the areas and people.. none spoke about transportation, economies and land-use.. Yet, very interesting..
Adil

Why are American cities bigger than European cities?

Juan Felipe:
Actually the concept of ‘‘city’’ differs between USA and Europe. And it’s ironic the fact that according the American view of a city, Europe has much more big cities than the US:

But, at first, take in account that while in the US there are just 4 cities exceeding 2 million inhabitants within their city limits (New York: 9, Los Angeles: 4, Chicago: 3 and Houston: 2), Europe has 10 cities bigger than that (Istanbul: 15, Moscow: 13, London: 9, Saint Petersbourg: 5, Berlin and Madrid: 3, Paris, Rome, Kiev, Bucharest: 2). As you see 3 European cities are at least as big as New York, the biggest American city.

However, the biggest difference between US and Europe is about the way they see a Metropolitan Area. Europe is a much more densely populated place and it’s way harder to set the limits of Metropolitan Areas, so, many cities that in America would be considered as part of the same Metropolitan Area, in Europe are seen as different Metro Areas (probably for historical reasons, who knows?).

In West Germany, in an area of just 7000 km2 (slightly bigger than Delaware), live about 11 million people in a complex of cities called Rhine-Ruhr (places like Dusseldorf, Bonn, Dortmund, Leverkusen, etc., are in that complex) where the open areas between the cities rarely surpasses the 2 kilometres (1,5 mile). In the United States this would be considered as one single Metro Area; indeed, Chicago’s Metro Area is viewed as one huge city, despite covering 3000 km2 more area than the Rhine-Ruhr and having less population.

Another example: in the San Francisco Bay Area live 8,5 million people in an area of 26000 km2, while those 8,5 million live in just 8500 km2 in Randstad (an urban region in Netherlands, which includes cities like Amsterdam, Rotterdam, Utrecht, Haarlem, The Hague, etc.; however, these cities are never mentioned as a Metropolitan Area, while the Bay Area is often seen as a single entity under the ‘‘San Francisco’’ label).

And these are just some of the big European Union cities. In the rest of Europe, Moscow p.ex. has 13 million people within the city limts, in just 2500 km2, and Istanbul 15 million in 5000 km2, but at the same time they have 18 and 19 million people urban areas respectively in surfaces smaller than the SFO Bay Area.

François Chevallier:
Indeed, if you look at population figures in the USA, metropolitan areas are much larger than in Europe. The reason is that America has much fewer villages and small places than Europe. Historically, the population of European immigrants settled in the cities than in the countryside, and when people moved within the US, it was to go to a metropolitan area, not to the country, which made the trend even more pronounced. It is amazing to see that even in places like the Northeast, you very quickly pass from metropolis to wilderness.

However, American cities often don’t look like cities in the European sense of the term. They are more like large suburbs. Even a city like Philadelphia with 4 million people (big in Europe) looks smallish, because its city center is small, its transportation network is tiny, almost everyone lives in far spreading suburbia, in which you sometimes cannot even walk. I guess places like Dallas, Denver etc must feel even more so. 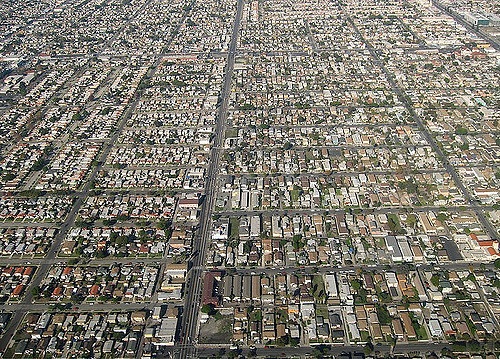 A European city, even a small one like Strasbourg, will have a consistent old center, a large network of trams, you can walk or bicycle anywhere so it feels very different. 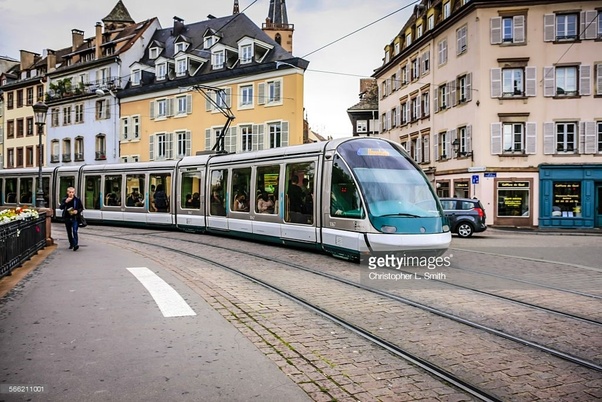 Marcos Ferrari:
Because they’re not.

If you understand “America” — as US citizens tend to do — to be synonymous with “USA”. This is likely the case here, since the asker appears to be from Virginia.

(Metropolitan areas in the US might be larger by area though than equally populated metros in Europe. I assume that’s not what the asker means by “bigger”.)

Below is a list of population counts of the ten biggest metropolitan areas in Europe and the USA. Only for the US metros in places 1, 8 and 9 is it true that they are more populous than the identically-ranked European metro.

According to this list, the mean population of the ten most populous metros in the USA is 7.52 million, in Europe it’s 8.77 million.

If one considers American cities in the proper sense, I guess most US metros will drop from the above list, with the exception of NYC and LA, and be replaced by Ciudad de México, São Paulo, Buenos Aires, Lima, Bogotá etc. Then, and only then, is the assumption of the question correct.

Alejandro Echeverría N:
It really depends what you’re defining as “big”. Is it population, area or both?

Let’s dig a bit into each matter:

In short, I would say that historical, geographical, cultural and economic reasons are behind as to why US cities are larger in area compared to the US city.

Population wise, they don’t differ that much.

Joachim Nyman:
Because of geography. The USA are mostly rural. The larger cities are located at the coasts. Hence the largest part of the population are living in coastal cities. This is obviously because those areas were the first to be populated and easier to reach from Europe. 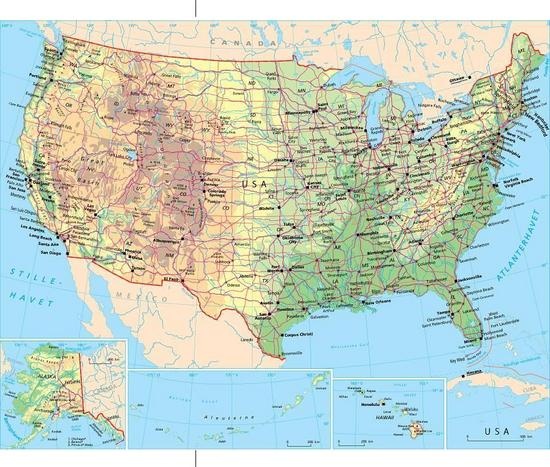 Compare this to Europe. There are no deserts occupying 1/3 of the total area. Except for the Alps and the northernmost parts, there are cities everywhere. The European population are spread on thousands of cities. Not a few as in the US. 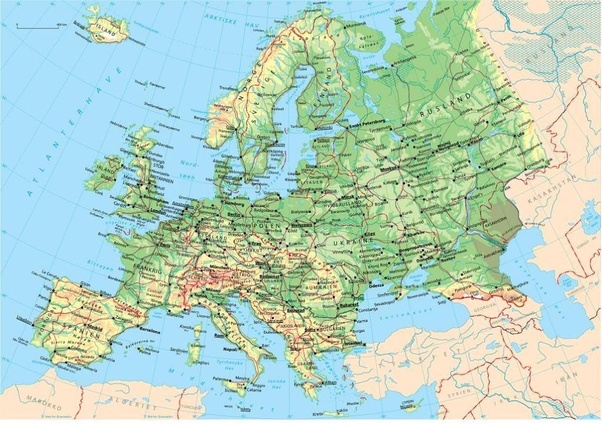 That and the much older history.