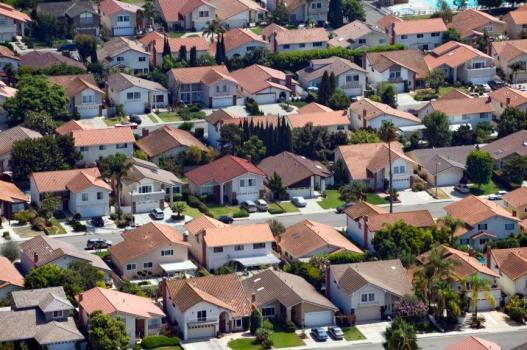 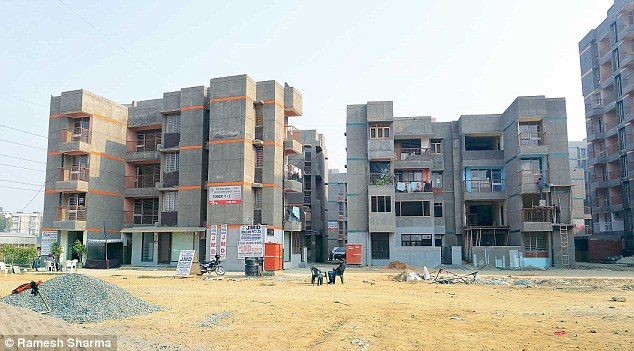 The key similarity between Affordable housing schemes and Private housing developments, that both owners hide and try hard to accept the given proto-typing; which dilute their identities and mold them in common personalities.

Therefore, people tend to bear the hardship, and sometimes the fines to characterize their dwellings as per their own preferences and personalities.

City Managers and Architects had largely and commonly failed to set the regulations and the designs that allows people to choose. People need to express themselves, despite their economic categories.

This article should be read with a different interpretations. Adil

SACRAMENTO – A bedrock principle of conservatism is that individuals should be allowed to live as they please free from the overly meddlesome dictates of regulators. Another conservative mainstay is a belief in property rights – the right to do largely what we choose in our homes and on our land. When it comes to zoning issues, however, many conservatives have become “but” heads. They believe in freedom and markets, “but” not in their neighborhoods.

The latest debate centers on efforts by some states to outlaw single-family zoning – a move opponents depict as a nearly totalitarian plot to force everyone out of their picket-fenced homes into “stack-and-pack” subsidized-housing projects. The critiques have gotten overheated after Oregon recently passed a bill to eliminate this type of zoning. Virginia also began considering a similar plan.

“The measure could quickly transform the suburban lifestyle enjoyed by millions, permitting duplexes to be built on suburban lots in neighborhoods previously consisting of quiet streets and open green spaces,” wrote Luke Rosiak, in the Daily Caller. He complains that such changes would undermine efforts by local officials, “who have deliberately created and preserved neighborhoods with particular character … to accommodate people’s various preferences.”

That’s an otherworldly argument in a right-of-center publication. Typically, leftists believe the public good is “deliberately created” by government planning. They argue that markets can’t be trusted and only regulation can assure people’s preferences and lifestyles are respected. Conservatives have generally believed that the private sector, acting with minimal government interference, is the best way to provide things that people want.

Yet if markets work best to provide smartphones, automobiles and furniture, shouldn’t they work best for housing, also? By the way, as someone who has reported on myriad local councils, I find the depiction of local officials as doe-eyed doers of the public good to be astonishingly naïve. Locals can be just as hostile to liberty as state officials and even the feds.

Despite the histrionics, a ban on single-family zoning is not a ban on single-family houses or a ban on anything at all. It is the opposite. These proposals actually would deregulate land-use restrictions. They would limit local governments from dictating what people can do on their own property. They give property owners the right to use their properties in more expansive ways, such as by building an accessory dwelling unit (ADU) in the attic or garage.

Rosiak claims that supporters of these changes are doing so because they view the “suburbs as bastions of segregation and elitism,” but that’s a straw man. Most people advocating for an end to single-family zoning simply argue that it will boost housing supply and allow additional options. (Don’t forget that the current single-family zone is a government restriction on the market that was sometimes used to enforce racial segregation.)

I live in a conservative exurban community that gives homeowners a “by right” approval to build a second unit. I’d love to share the nightmarish stories, except there aren’t any. Mostly, people build a small unit where their elderly parents or adult children can live. It promotes family cohesion and helps people pay the bills by allowing them to rent a second place to those who need it.

This reduces government control and may boost property values as a side benefit, so what’s not to like from a free-market standpoint? Sadly, many conservatives seem more interested in echoing the approach of progressives: using government to impose their preferences by limiting others’ choices.

My fellow Southern California News Group columnist Susan Shelley fears that with a variety of land-use laws signed by the governor, “cities and even homeowner associations are prohibited from imposing bans or tighter limits on ADUs, charging higher fees or requiring parking spaces. Cities can’t require owners to live on-site” and or stop owners from renting their homes on Airbnb. Yep, the state is forbidding governments from telling me how I can use my house and from imposing higher fees. If that’s the case, it’s the best news out of Sacramento in years.

I strongly agree with these conservatives when they oppose government mandates that are designed to limit types of building. California and Oregon have embraced growth boundaries that restrict development outside of an arbitrarily drawn “green line,” thereby mandating construction of high-density housing in urban areas. Those and similar policies, including housing subsidies for particular types of government-preferred projects, are likewise wrong.

But mandates and deregulation are entirely different things. I’m happy to find common ground with YIMBYs (Yes In My Back Yarders) who agree that more supply will lessen the state’s housing crisis, even if their ultimate goal (higher density) is different from mine (more freedom).

I believe in reducing regulations so builders can provide a wide variety of housing products – from duplexes, to apartments to homes with big lawns. That used to be a fundamental conservative principle, but perhaps not so much anymore.

Steven Greenhut is Western region director for the R Street Institute and a member of the Southern California News Group editorial board. Write to him at sgreenhut@rstreet.org.