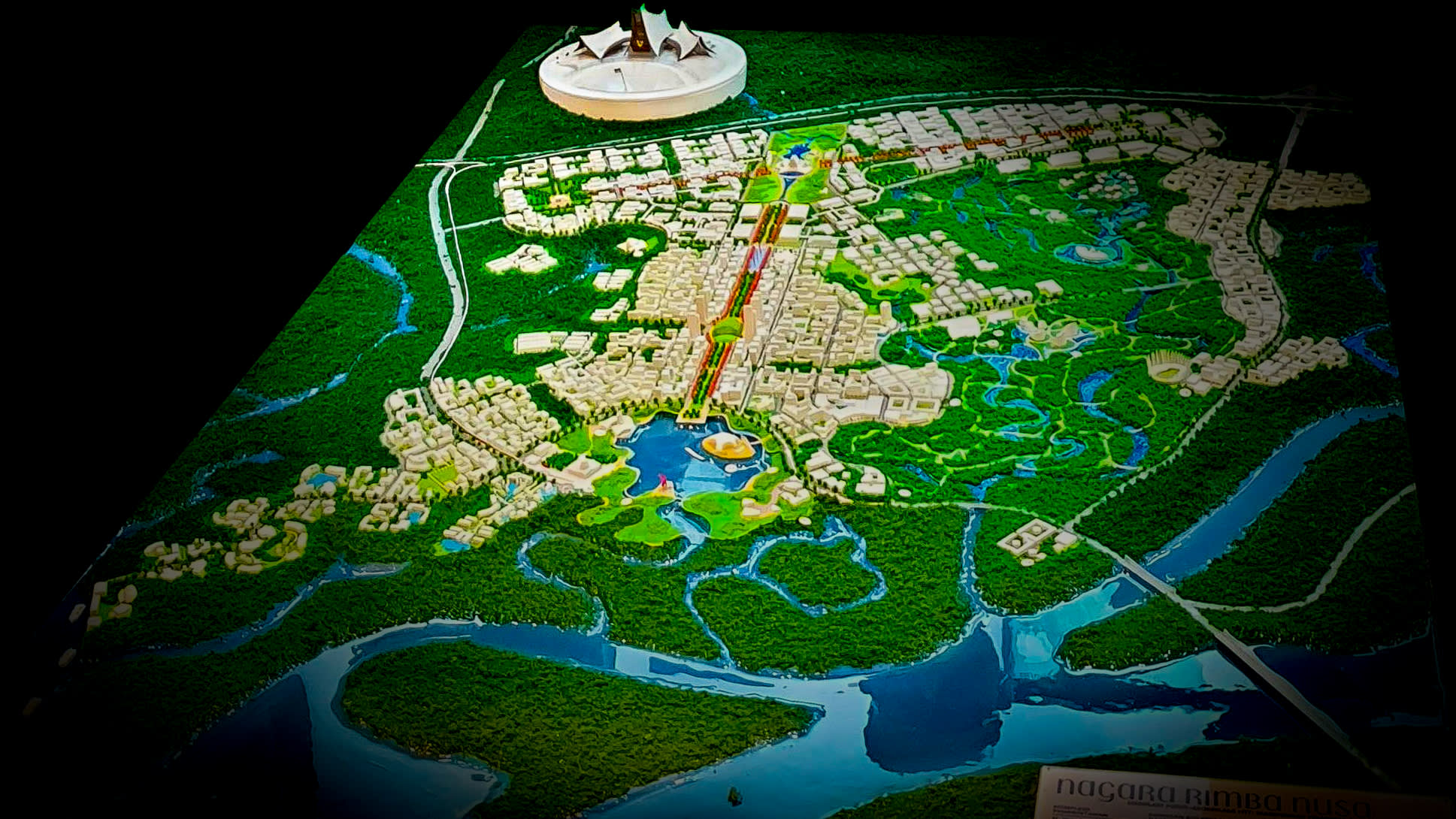 The winning entry in a contest to design Indonesia’s new capital.
(Photo by Erwida Maulia)

The “Forest Archipelago City” proposal beat more than 750 other entries for the design of the core 5,600-hectare administrative capital to be built in East Kalimantan province on Borneo island. Public Works Minister Basuki Hadimuljono said on Monday after the announcement that the winning entry will be used as a basis for the site’s development plan.

“The most complex challenge is how to design a city system inspired by or learning from nature, how to adopt the surrounding forests in the city or development planning — we call it biomimicry,” Sibarani Sofian, representative of the winning team, told reporters after the announcement.

Sofian said his team consisted of 10 local and foreign multi-discipline experts — in urban planning, architecture, transportation, environment and smart cities, some of whom have worked on capital relocation projects elsewhere. Sofian said he had been involved in Malaysia’s capital relocation to Putrajaya in the 1990s.

The team’s design used less than half the allotted 5,600 hectares, leaving the rest as green areas or wetlands. This may help appease environmentalists, who have concerns over forest destruction from the estimated $33 billion project.

The design places the presidential palace, the new parliament and judiciary complexes in the north; a business district in the center; and housing in the south. It will also have an artificial lake surrounded by monuments, a religious center and a plaza.

“We intentionally made it a compact city design so places will be close to one another and people can just walk,” Sofian said. “If you want, you can even walk for 50 minutes from one end to the other end.”

He said some areas will be car free, with trams being used to transport people. The team proposed that the core capital area should face Balikpapan Bay, or be located nearer to Balikpapan, the largest city in East Kalimantan. The government’s plan had been to situate the core area between Balikpapan and Samarinda, the provincial capital. 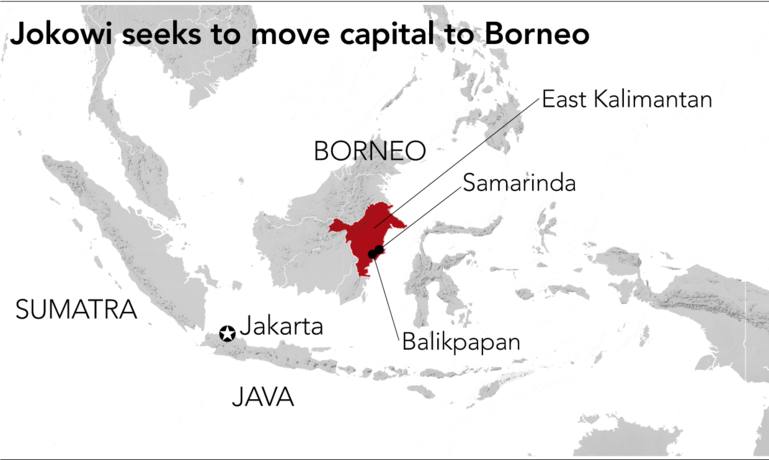 President Joko Widodo last week inaugurated the first toll road in Kalimantan to connect the two cities, partly as support for the capital relocation plan. He also led his first cabinet meeting on the plan since being sworn in for a second term in October.

The president announced the decision to move the administrative capital to Borneo in August, with Jakarta remaining as the country’s financial and commercial center.

“This new capital development is not merely about relocating buildings. What we want is shift in system, in our working culture,” Widodo said. “This will not just be a smart, comfortable and zero-emission city. This is where we want to begin our economic transformation toward a smart economy.”

The public works ministry’s contest is separate from a feasibility study by McKinsey on the capital relocation master plan, which is expected to be completed in January.