As more Americans turn to the internet to buy what they need, shopping malls across the country are closing their doors. But one historic mall has found a creative way to repurpose its former retail space: America’s first shopping mall, the Westminster Arcade in Providence, Rhode Island, has now been turned into micro lofts, offering people the chance to truly live inside a piece of history. 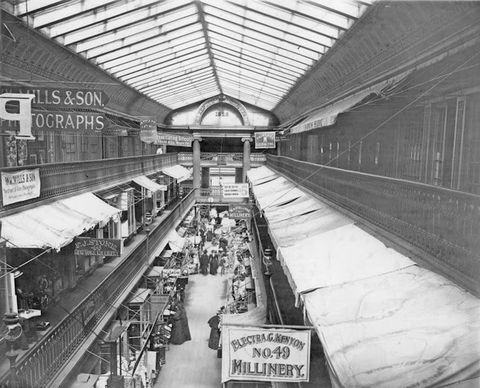 The Westminster Arcade opened in 1892, introducing the English-style indoor shopping experience to the United States. But in recent years, like so many other retail locations across the U.S., the mall had fallen on hard times. Despite undergoing a renovation, the space ultimately closed its doors in 2008 due to economic reasons.

But instead of being demolished, developers decided to give the mall a second life: Though the first floor is still being rented out as commercial space, the top two floors have been turned into micro apartments. The 38 units, which range in size from 225 to 300 square feet, are designed to accommodate the growing masses cramming into Rhode Island’s urban areas. So far, residents are generally young professionals who don’t have much stuff, and so don’t mind living in such cramped quarters. Rent starts at $550 a month, and there’s already a waiting list of those eager to move into the “cozy” spaces. 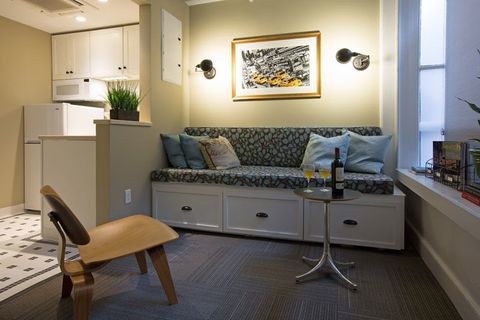 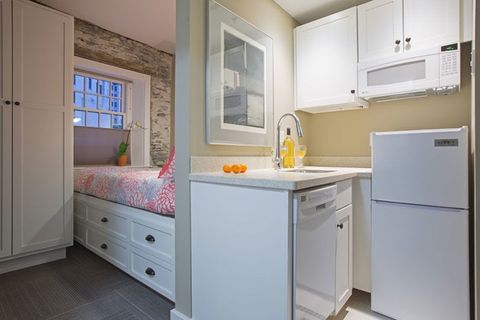 The Providence Arcade is nearly 2 centuries old, but when Evan Granoff bought it was considered one of the city’s most endangered properties. Realizing that the demand for commercial space would never match that for downtown housing, Granoff decided to convert the upper floors of the country’s first indoor mall into tiny loft apartments.

At just 225 square feet, the smallest units would have fallen below the city’s minimum size standard for apartments so Granoff decided to classify his micro-lofts as a rooming house. The Providence rooming house code allows for rooms as small as 80 square feet (single occupancy), as long as they don’t have a cooking facility.

Fortunately, for Granoff and tenants, a microwave is not considered a cooking device. The tiniest units rent for $550 per month, almost half the city average, and all of them rented out almost immediately (there’s now a waiting list). Many of the tenants don’t spend a lot of time at home.

We talked to Naz Karim, a doctor who works emergency room shifts, and plans to spend much of the year on a fellowship in Africa and Sharon Kinnier who uses the loft for when she’s working in a Providence lab formulating organic cosmetics (she spends the rest of the time with her husband in Washington D.C.).

The bottom floor of the mall is still commercial, but Granoff limits it to micro retail so no chains and they’re all focused on fashion and art design. We stopped in at nude boutique where Amy Stetkiewicz, one of the 6 local designers, was closing up shop downstairs from her micro loft. Original story: http://faircompanies.com/videos/view/…