Kerala’s largest private sector employer, KITEX registered Twenty20 under the Charitable Societies Act in 2013 as fallout of a longstanding legal battle with the Congress-ruled Kizhakkambalam panchayat.

Kerala’s largest private sector employer, KITEX registered Twenty20 under the Charitable Societies Act in 2013 as fallout of a longstanding legal battle with the Congress-ruled Kizhakkambalam panchayat. In June 2012, the panchayat had refused to renew KITEX’s licence on the ground that it was contaminating water bodies from its dyeing and bleaching units, despite a High Court clean chit. Later, when the Kizhakkambalam panchayat also obstructed KITEX’s charitable activities and a fair held by it, Managing Director and Twenty20 Chief Coordinator Sabu Jacob decided that KITEX, a Rs 1,200 crore company, primarily into manufacture of garments, would itself contest the panchayat polls as part of its CSR (corporate social responsibility) activities.

Five years after it tasted success, sweeping the Kizhakkambalam panchayat, Twenty20 has proved itself more than a fluke. In the recent elections, it won three more panchayats in its home district of Ernakulam — Aikkaranad, Mazhuvannoor and Kunnathunad — apart from retaining Kizhakkambalam. This victory is sweeter, an acknowledgment of the work done by Twenty20.

“The panchayat had closed down our fair because it had that power vested in it. We decided to usurp that power,” says Sabu. The name Twenty20 was meant to reflect the ambition of “holistic development” by 2020; while mango was chosen as the poll symbol for being the national fruit. A stream restored as part of rejuvenation of water bodies

CPM leader and outgoing president of Aikkaranad panchayat K K Raju admits they underestimated Twenty20: “We could not think of Twenty20 sweeping a panchayat ruled by the CPM.”

During the coronavirus lockdown, the organisation coordinated distribution of sanitisers, masks and food kits, following this up with membership drives in Aikkaranad, Kunnathunadu, Mazhuvannoor and Vengola panchayats. This helped Twenty20 enrol 26,500 people in two months, apart from its existing base of 8,500 members in Kizhakkambalam.

In the panchayat elections, Twenty20 swept Aikkaranad, winning all its 14 wards, gained a clear majority in Kunnathunad and Mazhuvannoor, and emerged as the single largest party in Vengola, where it won all the 10 wards (out of 23) that it contested. The Mazhuvannoor and Kunnathunad panchayats were earlier held by the Congress-led UDF.EXPLAINED

The success of KITEX’s corporate social responsibility wing in recent Kerala polls, winning four panchayats now compared to one last time, is unique in Indian politics — especially in a state with a long history of social and movements. While Twenty20’s influence is likely to remain micro, can political parties afford to ignore what the result portends?

Former Mazhuvannoor panchayat president and local Congress leader Anu Varghese reasons, “The main attraction for Twenty20 seems to be material offers, including subsidised provisions. The middle class does not get any benefits, unlike people from lower economic strata. Hence, given an attractive offer from a corporate world, the middle class has shifted loyalty.”

However, attributing Twenty20’s success to just what it did during the lockdown or the sops it offers would be an oversimplification.

The Kizhakkambalam panchayat stands out as a success story in the area — with its supermarket where consumer durables are available on instalments and subsidy; its free ambulance service; its new, widened roads; its rejuvenation programme for water bodies, and its free provision of agro-machinery for farmers, among other measures.

With 15,500 people on its rolls, KITEX touches the lives of many people in the area. People here tell you how despite its large staff strength, the company, with global clients like Walmart, Amazon, Target, has managed to keep Kerala’s influential labour unions out. In 1997, a 450-day stir by the CPM’s trade union wing, CITU, had to be called off after it drew no support from the staff. CITU sources, however, say the main reason was KITEX owner Jacob’s close ties with leaders across all parties, many of whom are said to avail of his services as an Ayurveda practitioner.

In fact, the signs of Twenty20’s growing attraction have been around. Its contestants are mostly leaders who have crossed over from other parties, including the CPM, BJP and Congress. The names don’t matter, with the tag of KITEX enough.

Twenty20 underlined this connection with KITEX in its campaign, which was delegated to “coordinators” and executives. In every panchayat ward, Twenty20 had a ‘ward executive’, a salaried KITEX employee deployed full time; a 25-member executive committee; and a five-member high-power committee. Each member in the high-power committee had charge of five houses. Any issue of that house that needed the intervention of the panchayat would be taken up by the member. Chief Coordinator Sabu Jacob himself attended family gatherings, seeking votes.

K K Surendran, a long-time CPI sympathiser now with Twenty20 in Kunnathunad panchayat, says, “I saw the prompt services people got from the panchayat office. This is possible only because of Twenty20.”

Levin J, a member of Twenty20 in the same panchayat, says the development work in Kizhakkambalam has aroused much curiosity. “We see better roads, lit-up streets, free ambulance service, restored paddy fields… initiatives which political leaders have failed to bring.”

Political scientist and former vice-chancellor of Central University of Kerala Prof G Gopakumar says Twenty20’s success shows the disillusionment with conventional politics. “This is a warning to parties… That not just the government can deliver welfare, others can.” 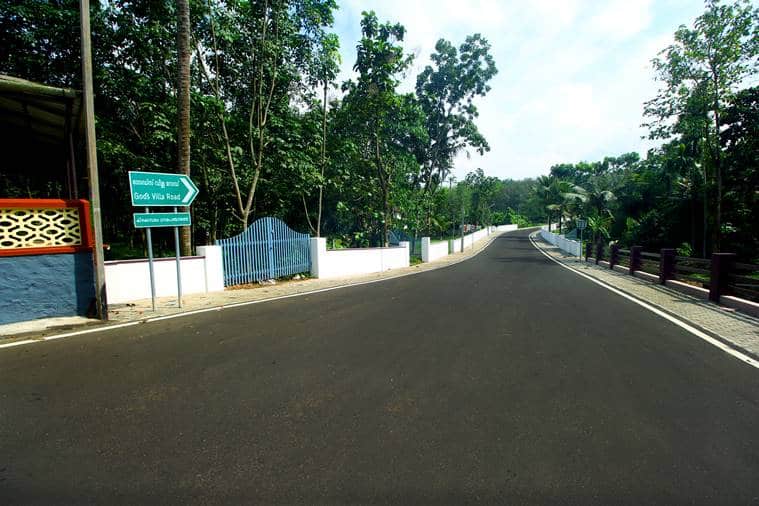 The Kizhakkambalam panchayat stands out as a success story in the area — with its supermarket where consumer durables are available on instalments and subsidy; its new, widened roads; and its free provision of agro-machinery for farmers, among other measures.

Twenty20’s win is especially striking in Kerala with its history of revolutionary and social movements, Gopakumar notes. However, he isn’t sure about either the phenomenon’s desirability or viability. “With the operations of a panchayat controlled by a firm, it is more corporatism than democracy… It may work at a micro-level, but not at macro. No one has shown the world how democracy can be run without a political party,” the professor says.

Left political observer Prof R P Azad sees the emergence of Twenty20 as evidence of financial forces gaining further control in politics, even as the State fails to address people’s problems. “Political intervention has been reduced to give-and-take,” Azad says. “When the government distributes food kits, a corporate firm has stepped into the same space. The corporate world sees a panchayat as a market. This is a dangerous trend that will shatter the very basis of politics.”

Jacob dismisses charges of autocratic or company rule in the panchayat. “If I had taken such an approach, people would have thrown us out. Political leaders who used to pocket funds have lost their livelihood after Twenty20 assumed office. Hence, they are raising this allegation,” he says. 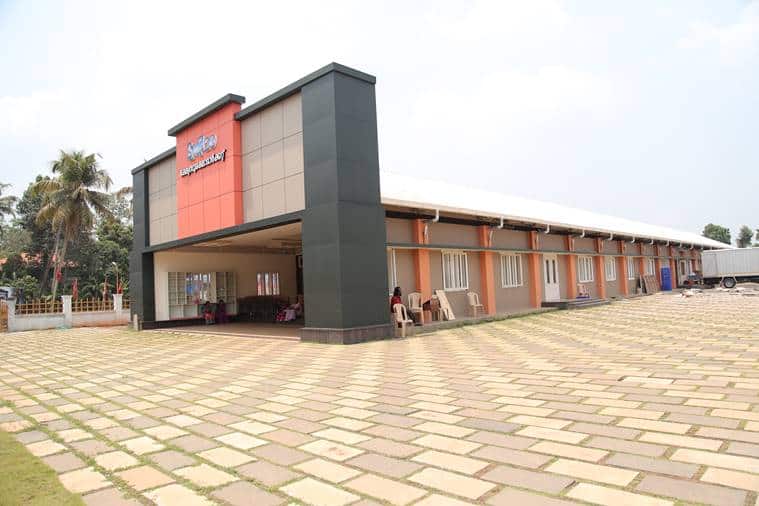 Amplifying his claims, other apolitical movements are seeking a foothold now in the space created by Twenty20, with V4Kochi contesting Kochi Corporation polls, Twenty-Twenty Chellanam standing for elections in the coastal panchayat, and V4 Pattambi in the Pattambi municipality. Twenty-Twenty Chellanam, floated by residents angry at parties for neglecting sea erosion, bagged eight of 21 seats in Chellanam, with the LDF winning nine and the UDF four. V4Pattambi contested with LDF support, and having won six seats, is set to share power in the municipality. V4Kochi, however, failed to win any seat.

Jacob and Twenty20’s sights, meanwhile, are set higher. Soon after the panchayat results, he announced they would next contest the Assembly elections, just a few months away.